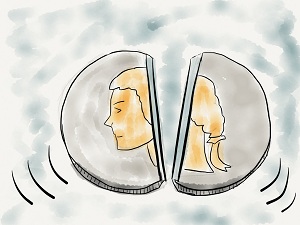 As a recipient of Federal funds, when making cost sharing/matching commitments, UCR must propose the cost sharing in a manner consistent and in accordance with federal regulations.

If cost sharing is quantified in any part of a proposal that has been submitted to an extramural sponsor, a cost sharing commitment has been made and the administering department/unit is responsible for fulfilling the commitment in the event that the sponsor makes an award.

Cost sharing is considered quantified when UCR records, in conjunction with information contained in a proposal, are sufficient to calculate the amount of the cost sharing commitment. For example, if a proposal states that a researcher will contribute 10% of her time to a project during the first budget period, but her salary will not be charged to the award, then UCR has committed to cost share the dollar amount equal to 10% of the researcher's salary, plus associated fringe benefits. The dollar amount of the researcher's salary for the first budget period can be calculated using the information contained in the proposal, as well as payroll and personnel documents available to UCR.

In such cases, cost sharing the difference between the total estimated project costs and the maximum award amount allowed by the sponsor does enhance the competitiveness of the proposal.

Cost sharing commitments involve increased administrative burden (associated with tracking/reporting shared costs) and are subject to audit. Consequently, principal investigators, chairs, directors, deans and other UCR officials should carefully consider the cost effectiveness and the expected benefits of each cost sharing commitment prior to making such an offer.

Occasionally, the competitive nature of a funding opportunity may necessitate describing resources that are not eligible, allowed or offered as cost sharing, but will be made available to the proposed project/program. In such cases, these resources may be described as "resources available at no direct cost to the project" or "resources that will benefit the project". In addition, the proposal should not indicate or disclose the dollar value of any such resources. Examples of such resources include, but are not limited to:

Because of the procurement nature of contracts, especially federal contracts, cost sharing commitments should not be made or offered in proposals that will lead to contract awards. However, it may be appropriate to make cost sharing commitments in proposals that will result in another institution issuing a subaward (e.g., subagreements, subgrants or subcontracts) to UCR where the prime award is a grant or cooperative agreement.

UCR policy permits faculty members to devote a reasonable portion of their UCR-paid time and effort to accomplish their research projects. Therefore, the most appropriate cost sharing commitments/contributions are UCR-paid salaries and fringe benefits of faculty directly engaged in the project.

When offering project personnel effort as cost sharing, the proposed level of effort must be realistic (i.e., neither overstated nor understated) and reasonable (i.e., total percent of effort devoted to all sponsored programs and other UCR-related duties does not exceed 100%). In determining the appropriate level of cost shared effort, principal investigators must consider the following:

The following eligibility criteria apply to all costs proposed (and ultimately accounted for) as cost sharing: