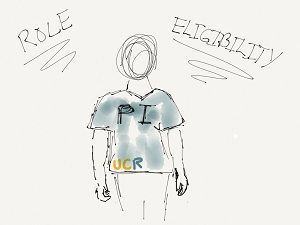 Proposals submitted for the extramural funding of research, training, and public service projects, and extramural awards received for such projects, must name an eligible UCR employee to serve as Principal Investigator. The Principal Investigator has primary responsibility for the design, conduct, management and reporting of a research, training, or public service project and is significantly involved in the project.

Who is Eligible to Serve as Principal Investigator?

What Appointments Require the Submission of the "Eligibility to Submit Proposals" form?

Assignment of the PI Role in eCAF

Submission of Proposals When an Exception Request is Pending

Sponsored Programs Administration will not withhold a proposal for submission pending a decision regarding a request for exception to PI eligibility. Once a proposal has been reviewed and institutional issues other than PI eligibility have been addressed, Sponsored Programs Administration will submit the proposal or sign the proposal and return it to the PI or department for submission. However, this is done with the understanding that should the request for PI exception not be approved by the Vice Chancellor for Research, the proposal will be amended to reflect a new PI or UCR will withdraw the proposal from consideration.